My Band Meet the Cats! 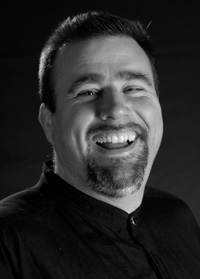 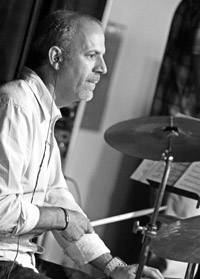 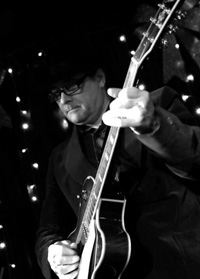 Guitarist, band leader, vocalist, composer, educator, musical director and a “purdy durn” nifty dresser sums up the very talented Ralph Pretz.
Ralph is one of those few musicians that moves seamlessly between many styles of music; jazz, blues, rock, swing and funk are all in his musical vocabulary. We are very excited to have him! 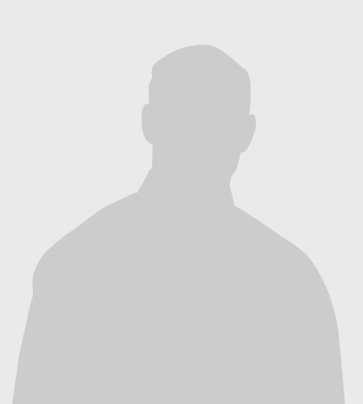 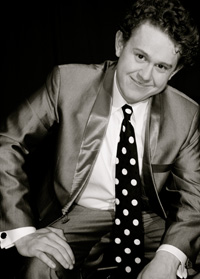 Mix one part pianist with one part oddball sense of humor and you get the quirky musical antics of Jan Janovsky.

He has been Music Director for over seven years for the world’s greatest cabaret stars and he is a regular headliner for the world’s major cruise-lines including: Holland America Line, Oceana, Princess and Celebrity.

He has worked with Tommy Morgan, Lorna Luft, Martin Lass, Ken Groves, Elliot Finkel and hundreds of acts who have taken their show to the seas. These shows literally span from virtuoso instrumentalists to pop stars, comedians and magicians. Jan was also in charge of leading and performing in large orchestras and playing Broadway style productions and tribute shows such as Michael Jackson, Beatles and Queen. The wealth of experience has led him to a solo career that is charming and colorful.

Winner of numerous classical awards in his youth and having a Jazz Diploma from Humber College and a piano performance degree with distinction from the University of Saskatchewan, Jan’s musical sensibility is quite sought after in any musical setting. 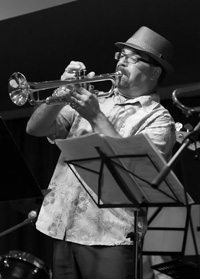 Meet our horn section director and trumpet man John “Yash the Stash” Dymianiw.
A member of the Gateway and River City Big Bands, he is featured on River City’s latest CD “River.” He has performed with The Classics, The Retrofitz, The Trocadero Orchestra, The New Edmonton Wind Sinfonia, America Rosa, Harry Balzanya, Salsabor, Tilo Paiz, Marco Claveria and X Band, and has shared the stage with Tommy Banks, PJ Perry, Bobby Cairns, Charlie Austin, Dominic Spera and Jens Lindemann.
He holds a B.Ed from the University of Alberta and is a sought-after music educator, trumpet clinician and private instructor. 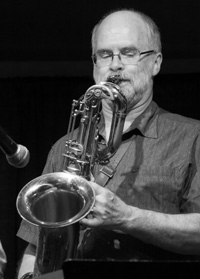 The elder statesman of the band. Playing the “king” of the saxophones…….

Robin is a highly sought after “reed man” on the Edmonton music scene. A versatile player and amazing “doubler”.

You will find him at home on the band stand, orchestra, theatre “pit” and is a first call sax player when the Edmonton Symphony needs a sax .

We are so very lucky to have his low end!

Bill started out as a child of Edmonton.

Eventually I grew up and found the saxophone as my tool in life.

Endeavours in music include the following:

Bill has written and produced musical scapes for all aspects of design and application. Worked the entertainment navy both as musical director and as a sideman at Royal Caribbean International, Carnival Cruise Lines and Princess Cruises for over twenty years.

It’s OK Bill……as we get older the first thing to go are the NOUN’S.

Allen Jacobson is a Trombonist/Composer/Arranger/Educator who has performed throughout Canada and internationally for many years. During the course of his career he has established a reputation as an outstanding performer and educator.